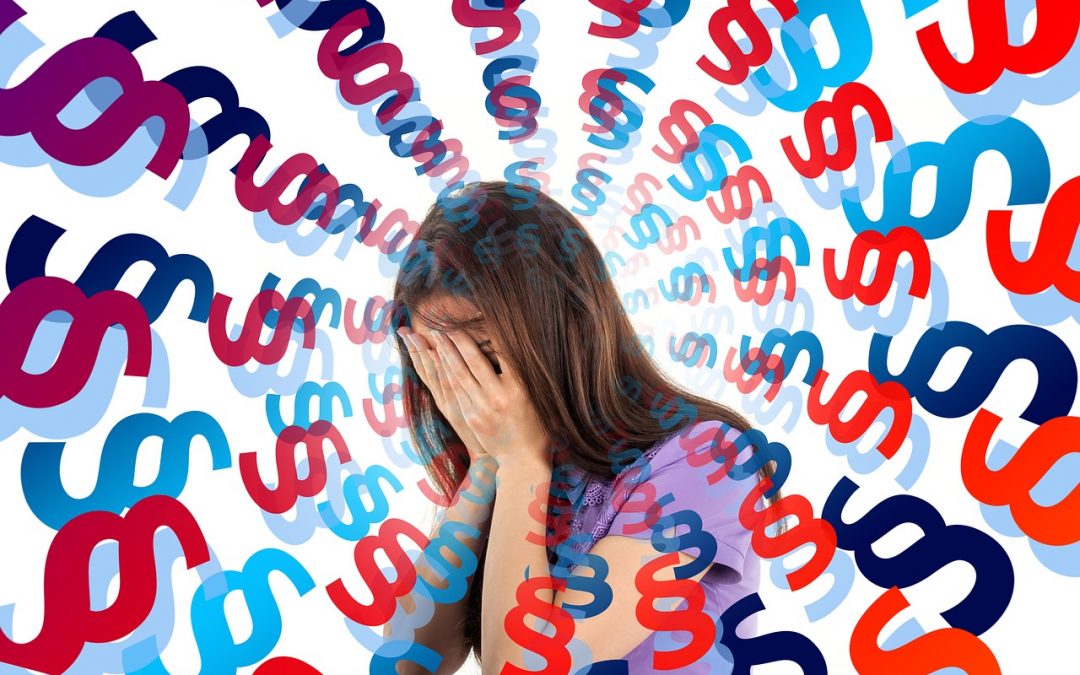 If you’ve been experimenting with different SEO techniques you may have gotten stung with a Google penalty from one or more of those activities. In this post we’ll go over what you can do about that to get your website back on track and in Google’s good graces.

First things first, you’ll want to verify that what you’re experiencing is actually a penalty. Sometimes a sudden drop in traffic is actually because of one of these situations:

One way to check for a Google penalty is to visit your Google Search Console account and look under the “Security and Manual Actions” section. Manual actions are a type of Google penalty where someone on their staff has reviewed a flag on your site and decided to apply a penalty. If that’s happened, very likely it will show up here with an explanation.

(Note that it’s still possible to have a Google penalty even if it doesn’t show up here.)

If you’ve ruled those out, keep reading. This will be a lengthy guide, and I’ll be covering types of manual actions first so you can better understand what caused them, which then clarifies how you can fix them. Skip ahead as needed.

Some of these are pretty straightforward and can be fixed pretty easily. Others are more serious, and likewise have a tougher recovery involved.

Thin content means that too many pages on your site have very little unique content (often under 350 words), and also that the content doesn’t add any value to readers. You can read more about this in Google’s own guidelines (and within Search Console). Generally speaking, Google only wants useful content in its index.

If your pages don’t really say much, or are duplicating content from other parts of your site (or worse yet, from other websites) Google will see it as thin content.

The good news here is that the solution is as simple as bulking these pages out. Make sure each page, wherever you can, has at least 350 words that qualitatively discusses the page’s topic. Don’t just babble to meet a word count.

Wherever it makes sense to go long and comprehensive, do that. You can’t demonstrate authority if you don’t talk about the topic.

After you’ve done that, you can submit the URLs in Search Console for Google to re-crawl. You’ll want to resubmit all URLs that were included in the manual action penalty info. If it was your whole site, include all the major pages.

Once Google re-crawls the pages and notices they no longer have thin content, it should remove the penalty. You can also press the “Request A Review” button in the manual action area to ask the folks at Google to have another look at your site to confirm it’s resolved. If they like what they see, they’ll remove the penalty.

>> Advice on Unnatural Links To Your Site

Google hates link spam. Most of the time this penalty is because you’ve used some black hat link building techniques, participated in Private Blog Networks, or some other activities that go against Google’s guidelines.

Buying Fiverr backlink gigs can get you penalized in this way as well.

Whether you manually created these troublesome backlinks or paid someone else to do it, the solution is to disavow these links. That’s another option within Search Console.

Basically, disavowing links means you’re telling Google, “I don’t endorse these links to my site and no longer want to be associated with them.” You’ll need to make a list and do that in a batch via. (More about that here.)

Google also points out that it’s preferable to simply remove those links from wherever they originate first. If you created the links yourself that may be possible (but time consuming), but if you had someone else do them it’s probably easier to just disavow.

(If you hired someone to create backlinks, they will often provide a spreadsheet with where the links are that you can now use to disavow.)

Note that you can still use this tactic of disavowing links you suspect could be causing a Google penalty even if the penalty doesn’t show up in the manual actions tab.

>> Advice for Unnatural Links From Your Site

Same deal in reverse. Google has detected a number of suspicious links on your site pointed to shady websites. Maybe Google suspects the links mean you’re part of a Private Blog Network or other illegitimate link scheme.

Simple solution to this Google penalty: do an audit of links you’ve included in your blog posts and pages and either remove them or replace them with better links.

If you’ve abused schema markup, either by using it all over the place or incorrectly, it’s possible you got flagged for it.

Fixing it is as simple as revisiting the schema, correcting it, and removing parts you’ve used too often that look spammy.

Keyword stuffing, or blatantly including the same phrases over and over again trying to rank better for those phrases in an unnatural way, can definitely get you penalized. This can happen by accident for those new to SEO — you learned a bit about including keywords in content and accidentally went overboard. It happens.

Fixing it as as simple as adjusting your content and re-submitting it.

Domain cloaking, however, is a pretty deliberate black hat technique. I say that to say that if you get penalized for doing that it shouldn’t shock you. That’s not to wag a finger at anyone because hey — we all experiment in SEO for ways to rank.

These are Google penalties triggered automatically by the algorithm itself. Rather than the system flagging something suspicious for a Google tech to review manually, these are instances where it’s clear to the algorithm that a site has violated what crawlers are looking for in a trustworthy site.

These can be trickier to detect because unlike manual actions they don’t show up in Search Console definitively. Knowing or at least suspecting that you’ve been hit with an algorithmic Google penalty comes largely from carefully tracking things you’re doing against analytical data.

If you’re reading this, very likely this is you.

>> Here’s a good example of an instance where this happened to me.

I’d mostly relied on on-site tactics for ranking before this point I’m about to share, and knew that playing around with backlink building tactics would involve some trial and error. And if parts of it backfired, I wanted to see it for myself rather than simply read about it.

I sifted through various Fiverr backlinks gigs and found a couple I felt good about — at least as good as one can feel about buying links. I knew there was a risk in what I was about to do, but like I said: I wanted to experiment.

Rather than test this on a client and risk ruining a campaign, I tested it on myself.

Within two weeks of buying the gigs my site went from the top of page 2 (which had been consistent for awhile) for the targeted keywords to not even on page 5. At that point I hadn’t done anything differently to the site or in my social media habits. It was pretty clear correlating buying the gigs with the drop in traffic and rankings.

Nothing showed up in Search Console to confirm that I did have a penalty, as is often the case.

This is one of the grey hattiest-bordering-on-black-hat things I’ve ever tried, and I immediately saw the blowback. Seemed worth a share simply because of that for others who’ve considered it.

What seemed likely when I was reading about the various Fiverr backlink gigs, and what is inescapably obvious now, is that any method of link building done that cheaply would involve spammy methods that Google would uncover quickly.

Creating dozens of profiles on junk sites, paid blog networks, and comment spam are the more likely ways someone could build links and do it on Fiverr — even if they’re in another country where the exchange rate on $5-15 USD is pretty good.

But then again, it seems to be the contention of some prominent SEOs that any kind of link build strategy you’re doing yourself is against Google’s terms of service. After all, the kind of backlinks Google is ultimately scanning the web for are honest instances of where someone references someone else deliberately.

But it’s tough for Google to tell the difference between legit links and engineered ones in some cases. Roger Montti of Search Engine Journal says that in these cases the fact that Google actively discourages certain types of link building so hard is an indicator of how difficult it is to assess it. Particularly for guest posts on blog sites.

If it were easier to detect, Montti argues, Google would just penalize them into oblivion and let the wake of it discourage everyone from following suit.

Here are some other things you should definitely read about backlinks and dealing with negative SEO: