LSIgraph, the hype, and whether the premium version is worth it. 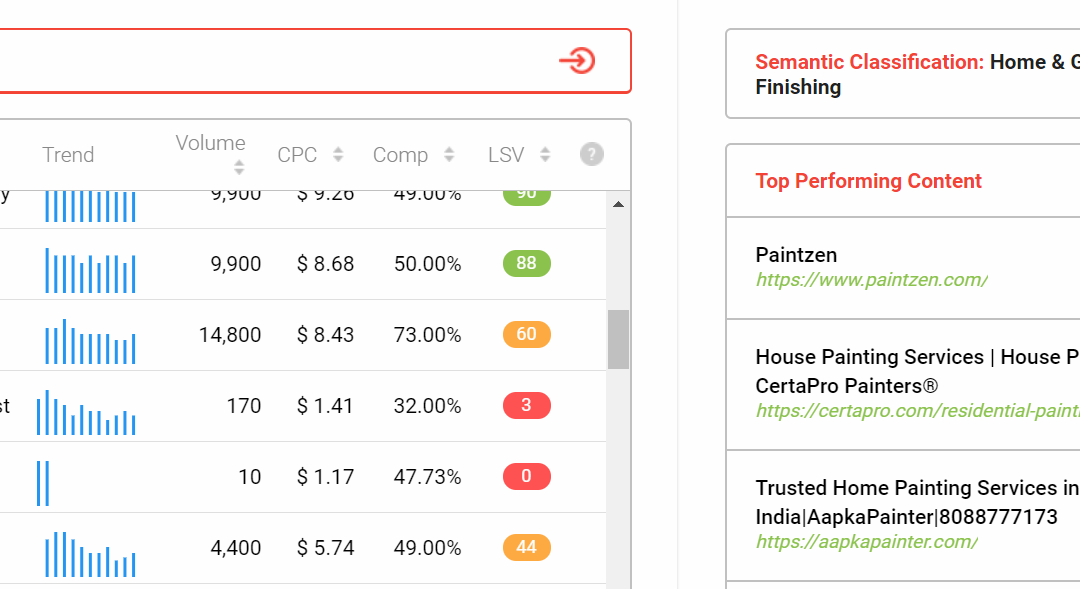 As an SEO guy I’m always interested in new tools. I got signed up for LSIgraph’s premium account after using the free version several times.

I’d even recommended it in a previous blog post to people looking for latent semantic index keyword tools.

My impressions of it have been mixed, but I’ll say that the folks at LSIgraph have been open to feedback from users — and even me — and that’s a nice thing to see in a tech company.

In the free version you get to enter a seed word and receive a list of related words with traffic estimates. Not a lot of bells and whistles, and honestly this isn’t more information than you’d receive with other free keyword tools such as Ubersuggest. (And Ubersuggest is free straight up — not free for only a limited number of searches.)

I think that’s the biggest thing holding the free version back, really. With other public tools out there that are totally free to use, it’s hard to be competitive when you’re essentially offering the same thing, but 3 searches per day.

But that’s the free version, I told myself. Surely they’re holding back the goods for the premium version, and that must be awesome. So I paid the fee and got access to paid LSIgraph.

What’s different in the paid version of LSIgraph?

When you get related keyword results, you get another column next to the traffic estimates that gives each keyword an LSI score to show how related it is to your seed word.

The numbers are occasionally surprising — not things you would’ve thought of otherwise. Other times I looked at things that struck me as great long-tail keywords and saw no score, while certain words with high scores were tied only to big brands like “Burger King” on a query for burger restaurants. As in, so obvious it’s not useful.

UPDATE: LSIgraph has now added the ability to search by language and country. I applaud the additions of new features, but will say that for me personally the language search seems very niche and not something I’d use in 99% of cases. Likewise for country: location searching would be a lot more useful if it allowed users to get specific in terms of cities or major areas.

On a separate pane on the right hand side LSIgraph premium shows you the top search results for your seed word. This can be helpful to get an idea of who ranks for that topic in case you want to research them.

On the other hand, since you could’ve simply opened another browser tab and done the search yourself for free, I don’t consider this a feature that justifies itself as a paid one.

The last premium feature is being able to save keywords you manually select into a project “folder” that you can access later. This is definitely useful, especially if you’re doing research for different clients and want to save lists for each one.

Here’s where I’m torn on LSIgraph.

As SEOS, we’re using a tool for raw data. If the tool isn’t providing data we can’t easily get elsewhere, the value of that data diminishes.

The main thing this tool does differently than other free tools is provide an LSI rating. But like I said above, it’s not always clear to me how useful that is.

There’s so much hype surrounding LSIgraph that at first I thought I must be missing something. “Obviously there’s more to it and I just haven’t clicked around enough to find it,” I thought. Unfortunately I went everywhere you can go when logged in, and this is the extent of it. As I’ve continued using it to mentally get my money’s worth, I can’t help wishing it was more robust.

LSIgraph seems fairly new as software goes, and it’s possible they will add more features going forward that make it truly robust. Like I said above, they seem fairly open to feedback and that’s worth something. However, it would’ve been nice to receive more right out of the box without having to wait for it when there’s a fee involved.

I don’t say that to put anyone down.

But since this blog is about helping people bootstrap and grow in the most cost effective ways, my honest recommendation for now would be that people stick with other free tools where you’re not limited to 3 searches.